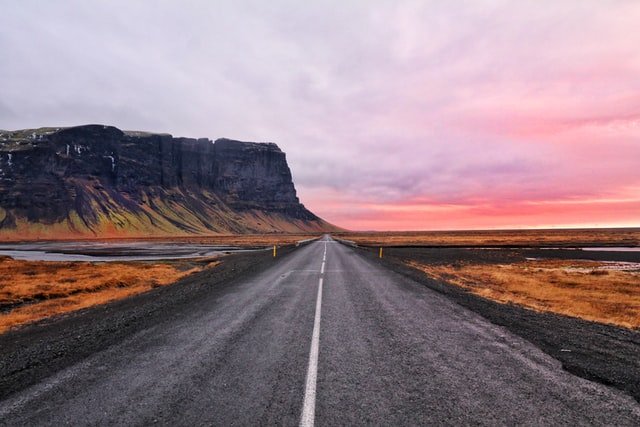 On January 1, I did a thing. I told my friends Cami and Carol that I would help promote their book 26.2 Life Lessons: Helping You Keep Pace with the Marathon of Life by training a running a race with them. Both Cami and Carol being runners, they wanted a challenge and set a goal to run an ultra race of more than 50K. Though I have played various sports during my life and consider myself athletic, I have never considered myself a runner. In fact, I avoid running altogether. But when Cami and Carol said their race was in Iceland, I decided it was time to start training and set a goal to run a 10K in the same event.

So, here I am, 6 months, 77 workouts, and 461.35 kilometers later, sitting in Iceland, getting ready to run a 10K on Saturday. But the race is just a small part of this journey. We tacked on a few days on either side of our trip to do some site seeing…

After arriving in Reykjavík at 6 a.m., we groggily made our way through the process of getting through customs (super easy – didn’t even have to fill out a form), renting a car (equally easy), and navigating to the small town of Hveragerði (pop. ~3,000) about half an hour outside of the capital. The terrain on our drive was hidden by a thick layer of morning fog, so we couldn’t get a sense of our surroundings. But after little significant sleep, we were primarily focused on getting to our hotel.

We were pleasantly surprised by the Greenhouse Hotel. The reception desk is located literally in the skeleton of an old greenhouse. Greenhouses are significant to Iceland as that is where much of the food on the island is grown and there are lot of greenhouses located in Hveragerði. In fact, the town claims to be the northernmost city in the world that grows bananas. (Though none of us has seen one yet.) We checked in, kicked off our shoes, and decided on a three-hour nap that ended up being closer to four.

To get our bearings and scout out the race location, we took a walking tour. The town was quiet with little road traffic. We passed a few groups of kids leaving school for the day, but few others. Though the fog had lifted, the clouds were still heavy and sprinkled on us every now and again. The main difference between Hveragerði and any other small town was the slight sulfur smell in the air.

After finding race headquarters, we continued our walk up the hill to see thermal vents, which littered the hillside. Other than steam rising from various holes in the ground, the geothermal vents were not terribly exciting, but the steam did provide a blast of warmth if you could stand the smell. In the middle of town we found a fenced off geothermal park the size of a city block that housed multiple vents and bubbling mud pools which you could visit for a fee, but sadly was closed when we passed by.

We ended our city tour a block from our hotel at Ölverk Pizza & Brewery, home of premium wood fired pizza and fine Icelandic craft beer, and powered by geothermal energy. Our favorite pizza of the two we ordered had white sauce, cheese, garlic oil, blue cheese, pepper cheese, and brie, served with a side of red currant jelly. Yes jelly. On pizza. Don’t judge – it was so fabulous I didn’t even get a picture before it was gone!

Our last outdoor adventure of the day was a two-mile (one way) hike to Reykjadalur Hot Spring. I started up with Cami and Carol, but then the rain started, and I was in a sweatshirt and ill prepared for rain, and I was running on just a few hours’ sleep, and I didn’t want to get in the water, and I could go on and on with the list. Suffice it to say, I wasn’t feeling it. I turned around at about the mile and a half mark and let Cami and Carol experience the river bathing without me. Next time. I did make it up far enough to see the waterfall though, which was reward enough for me in the moment.

To learn any more about river bathing, you’re going to have to check out Cami’s blog. I’ll post a link when she gets to it.

You have Successfully Subscribed!